Hosterlabs terminates server without warning if due date missed

Hosterlabs terminates server without warning if Invoice is not paid by due date.

I had a 2GB VPS at hosterlabs and the invoice due date was on 27th Feb for the period 27th Feb to March 26th 2021. Unfortunately I was travelling during this time and I missed it. I received second invoice overdue email on 5th day (4th March) after due date and I promptly paid within 2 hours of receiving mail. But when my server was not up even after payment, I contacted support about it. I was informed that they had already terminated the server with informing me or warning about it even though they collected payment until 26th March 2021.

So, if you are on Hosterlabs, they don't care about your server or data. Always keep a proper backup. 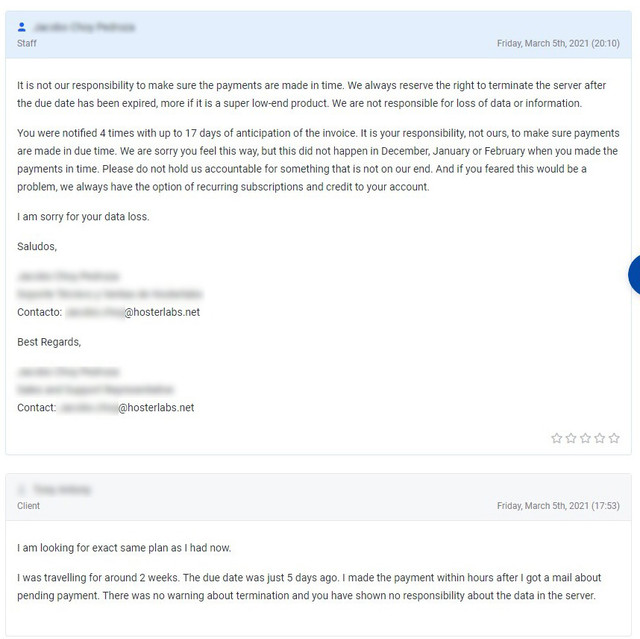 Support couldn't restore service. Only option they gave was refund which they promptly did.

Their service is good. Just didn't like the termination without warning and collecting payment for terminated service. If they collect payment, they should at least restore service.