Home › Reviews › Virtono Cloud XL (Miami) Review
New on LowEndTalk? Please read our 'Community Rules' by clicking on it in the right menu!

Note: the Cloud XL VPS used for this review was provided for free for benchmark purposes. This did not affect any of my conclusions in the thread. See the LET thread for more details of the giveaway they ran.

This is an initial review of the Virtono.com KVM cloud servers in Miami, based on under a week of usage.

Virtono have run up to 30% discount recurring offers for quite some time in their recent LET posts.

For the price of this plan, it's possible to get a very budget dedicated server. As a result, I was highly interested in the stability of this plan - or how noisy the node was - to determine whether I'd be better off getting a potentially lower, but more stable, performance elsewhere.

Over 3 days, from Wednesday to Friday, the following were run every hour:

I've found that these are useful tests to identify whether there is some periodic issue (e.g network congestion during peak hours).

The main thing I was looking for was the absence of prolonged periods of abnormally slow speeds, which would indicate node/network congestion.

The results were fairly stable over time - it seems that any network deviations are fairly minor, and possibly due to external factors (such as a single speedtest server being slower for a short amount of time).

There were some periods of slow maximum IOPS (tested using ioping), but these did not last long. The sequential write speed was not affected during these times, so I'm not too concerned.

In total there are 72 readings, once each hour for 3 days. 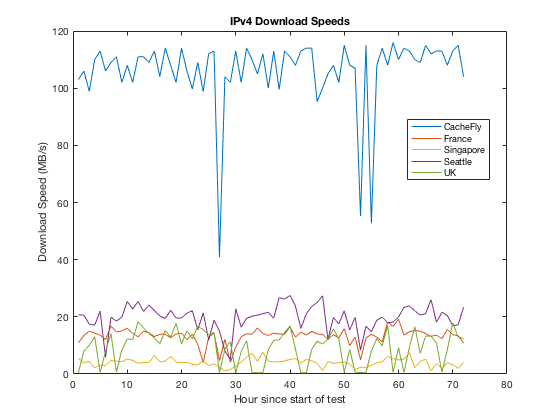 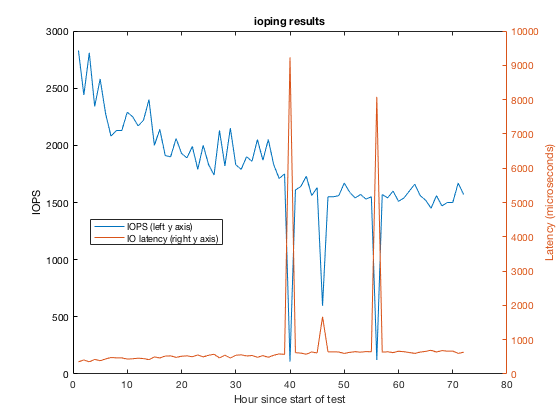 My IP was in a /24 announced by m247.com (as9009.net). M247 seem to have a diverse range of peers. The latencies and speeds in the speedtests I ran were all as good as I've seen elsewhere. 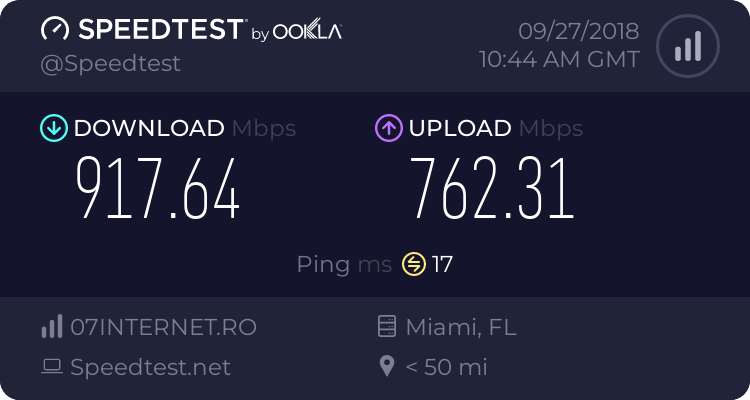 During the 4 days before this review was written, the server had 100% uptime.

According to spectre-meltdown-checker, mitigations for the Spectre/Meltdown CPU bugs are in place.

I submitted a ticket on 25/09/2018 (20:42 local time for the provider) asking for an additional IPv6 address. This was provided - with a clear, helpful and friendly reply - within 14 minutes. A very impressive reply time given that it was a low priority ticket.

Although this VPS is outside the LET price range, it provides impressive and fairly stable performance. Support are fast and responsive. It will be interesting to see how it performs in the longer-term.

I didn't realise at first that this VM has "dedicated resources". This makes it a lot more appealing for knowing I can run CPU intensive programs without causing problems.