After about 2 months with Thrust::VPS i can say it's possibly one of the worst experiences i have personally encountered.

To start with, everything seemed fine for about a week. But then this :

After these problems, i started experiencing upload speeds of under 100kb/s. Which i think you will all agree, isn't acceptable. My home connection can upload faster than that.

Not only that but the connection on the server dropped at least 3 times an hour, interrupting crucial MYSQL connections for over 50 users every time. So i thought it was time to send a ticket in... 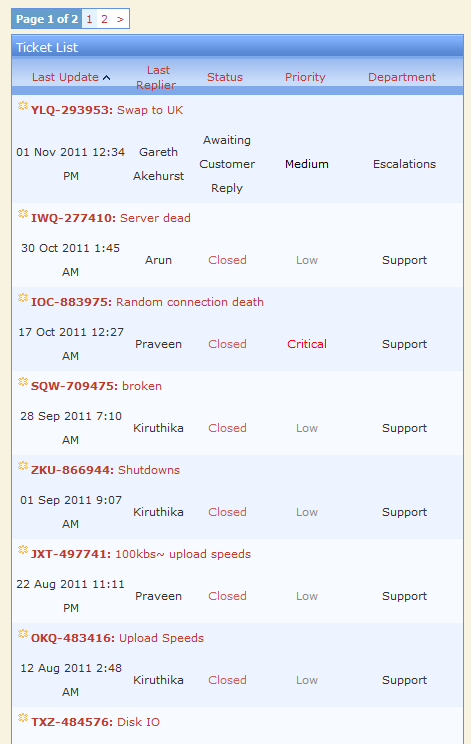 Well, more than one. And none of them resolved any issues except the upload speeds. I was told in one ticket, the node randomly turned itself off. Which it did again last night i assume as the VPS powered down, not just had an interrupted network connection. 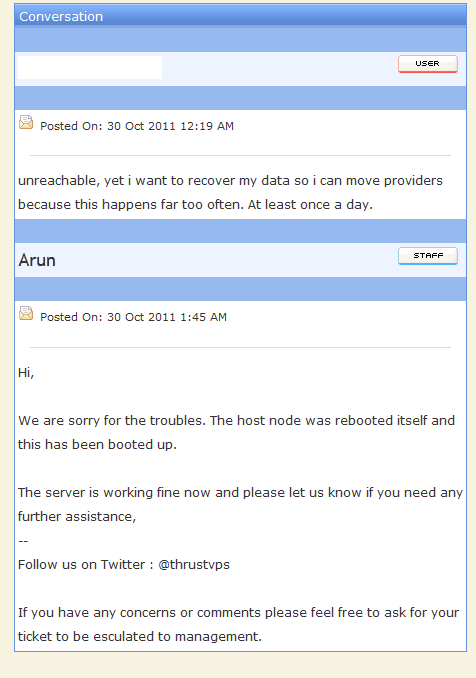 So over the course of a month this happened more than 50 times, reboots and network problems. So i eventually decided to move, but i thought maybe moving to their UK node would be an improvement.

To put it simply : Nope. Rebooted after a day.

Overall though their support response times were quick, but not very helpful to say the least. They only concentrated on fixing the current problem, not preventing it in the future or investigating in to why it happened.

This isn't much of a review because quite simply... I have nothing to review.

The VPS seems quite fast but i put in a support ticket 2-3 DAYS ago for them to restore a backup for me of my old image from Thrust::VPS but no response...

Avoid both at all costs. Both promise good things, but deliver nothing only trouble.
If anybody can offer me a decent deal with none of the above problems for around the same prices, or has any suggestions please tell me because it's hurting trying to find somewhere.