Home › Reviews › VMBox 1 month review
New on LowEndTalk? Please read our 'Community Rules' by clicking on it in the right menu!

The server is located in Amsterdam, and has the specs from the offer.

The bench was executed mid-day, around 14:00 GMT+2. And don't worry about that uptime, I'll explain it below. 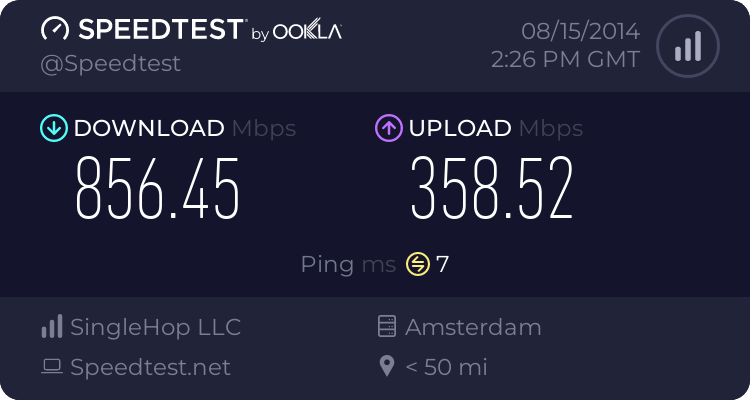 Uptime: Since I got the server, the uptime was 100%*. No network problems, no tehnical problems, no problems at all !

*-the only "downtime" I had with them, had a length of 1 hour and 20 minutes, and I was announced 24h prior of it (reason: upgrading node&changing raid battery) and when I got the service suspended because I forgot to pay the invoice.

Support: I have opened 3 tickets with them, for various questions I had and/or payment problems. The initial response time was pretty quick, the fastest one was answered in 3 minutes, and the slowest one in 10 minutes. After the initial response, any of my following replies (if any) were answered in 1-30 minutes.
I'd say they have the fastest support I've seen with a company that I had services with. I don't know how fast they will handle a tehnical ticket, as I didn't have any problems with them so I could open a tehnical ticket.

I've read the comments from their latest offer, and there seems to be a fuss about their CPU usage policy+auto suspension. I've opened a ticket about it, it seems that your box get suspended if you use an average of .9 CPU for a period longer than 15 minutes.

But I didn't have absolutely any problem/incident with it. I hosted 3 wordpress blogs on the box + a minecraft server (spigot, 20 plugins, ~7 people) without any incident (I admit, I kept an eye on the CPU usage, and it was around ~0.7 tops)