Home › General › What??? OneProvider:Atom C2338 is C2350! the same CPU with a different name...
New on LowEndTalk? Please read our 'Community Rules' by clicking on it in the right menu! When they deliver the server... I log in and run Benchmark... then I found... 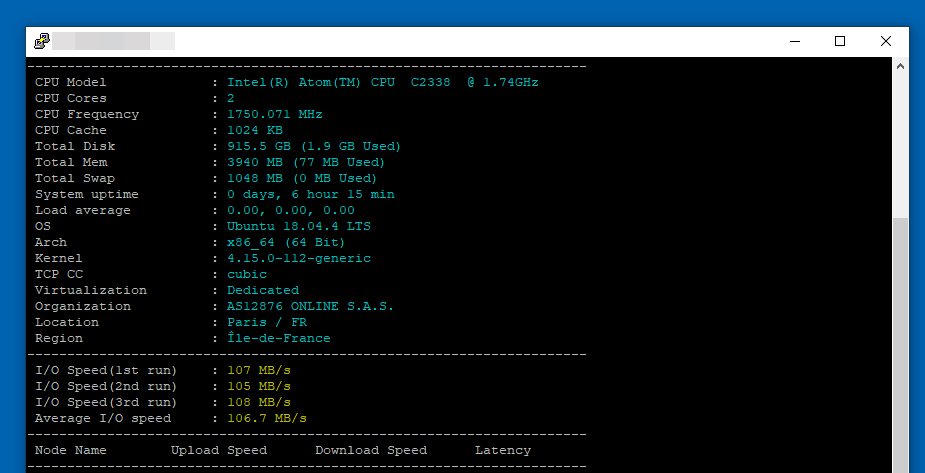 So i open ticket ask then:

Thank you for your request.

We are sorry for the inconveniences.

Please provide us with proofs it is C2338 so that we could move forward.

Do not hesitate to contact us if you have further questions.

This is actually the same CPU with same performance, C2338 is just the embedded architecture.

NOT THE SAME~ At least it is different in my project.

Please provide C2350 according to the contract... thanks

This is the same CPU with a different name, If you meant for installing Windows via rescue mode, this is not something we can't guarantee.

This machine is not what I need

Can you help with refund?

Unfortunately, we do not provide refunds for already delivered services.

You will need to request a cancellation at the end of the billing cycle if you do not wish to use that server. 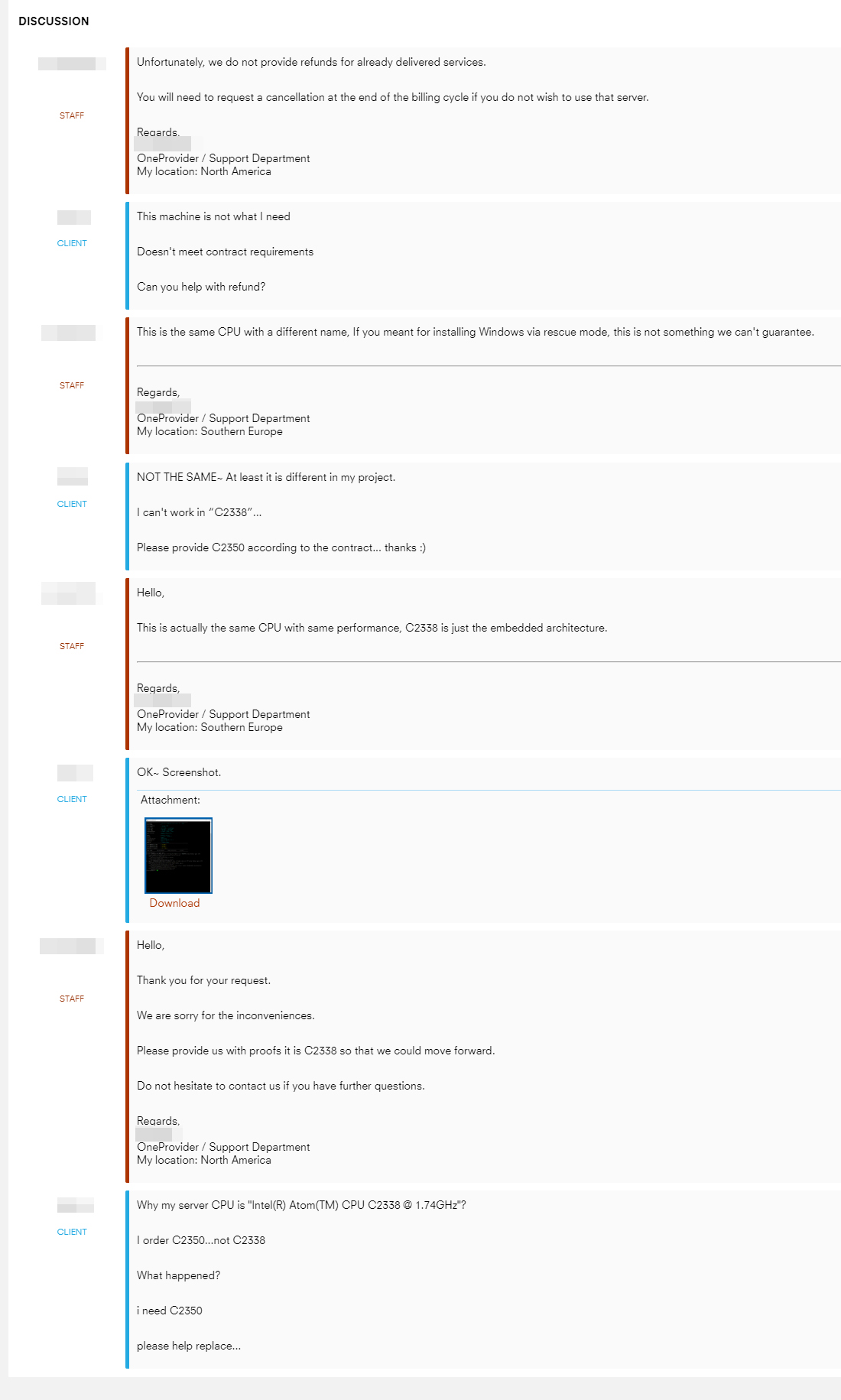 Are they right or my fault?