Home › Reviews › Contabo, what the f***?
New on LowEndTalk? Please read our 'Community Rules' by clicking on it in the right menu!

I became a customer of Contabo because Contabo dropped the setup fees for vServers in December. Everything was fine until I used the server as a Tor Exit node. Not prohibited by the Terms of Service as long as it is not misused.
The first abuse messages didn't take long and were processed by me although it was clear that they were sent automatically and nobody would read the response.

It happened what had to happen. A server lock was threatened.
The problem with this thing. Contabo sent the email informing me that the server had to be reinstalled on a Sunday in the late afternoon and expected a reinstallation within 12 hours. 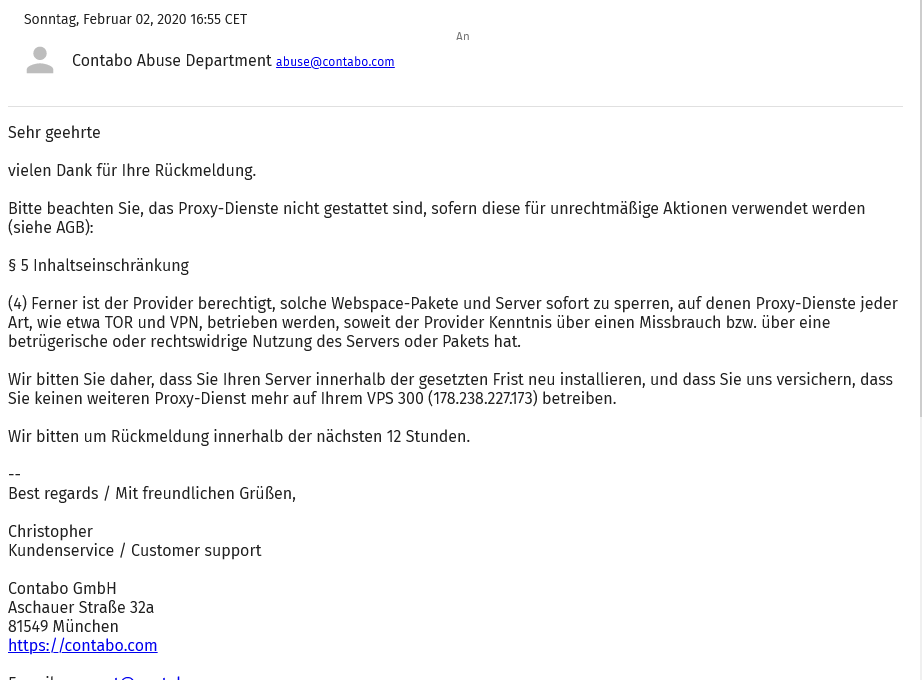 This email was read too late and the server was shut down.
Strangely enough Contabo demanded a reactivation fee of 30€ which is nowhere but really nowhere in their TOS.

Their TOS only foresee a fee of 30€ if a direct debit fails.
Of course I refused and demanded a backup.
This in turn was refused by Contabo in terms of privacy policy, understandable. 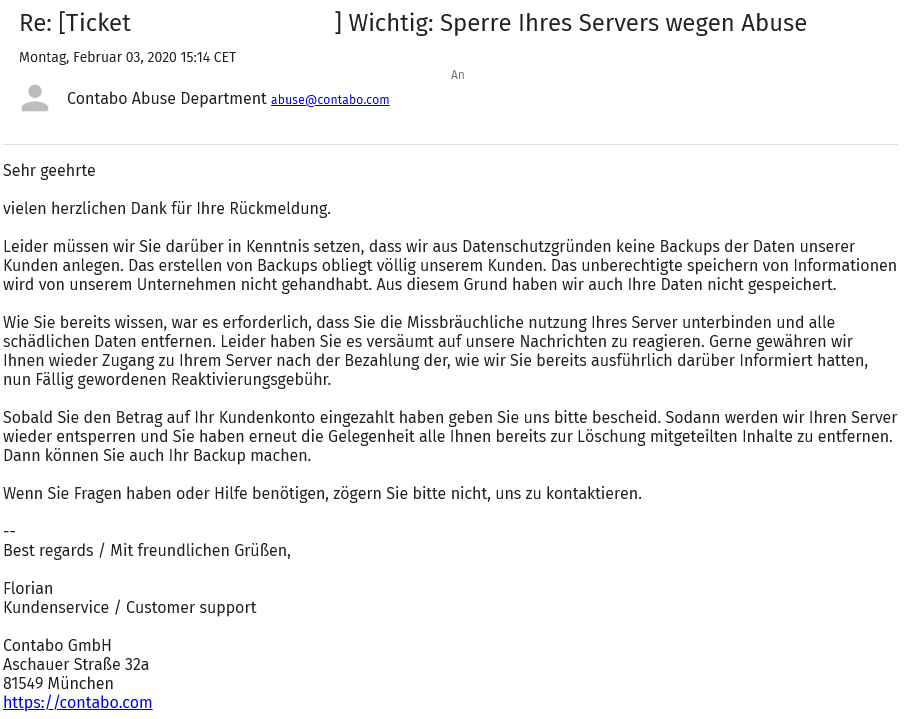 After repeated references to the TOS in which no reactivation fee is noted anywhere, the server was activated again.

30€ reactivation fee and having no legal basis for it. I think you live in another dimension at Contabo.
I had to post this because I stumbled over it again today and had forgotten it until then.
Whatever. My server will expire on the first of May and I will definitely not continue it.

Server performance at Contabo is okay but trying to rip off money is absolutely not okay and i hope you will stay far away from contabo.

However, have a nice Quarantine you all