Home › General › ColoCrossing (and ChicagoVPS/HVH/LET/LEB/etc) Acquired by Deluxe.com?
New on LowEndTalk? Please read our 'Community Rules' by clicking on it in the right menu!

Figured you lads would enjoy this.

Colocrossing, and what appears to be all of their sub brands and assets, have been bought by “Deluxe.com”, a megacorp like EIG.

They’ve not announced this anywhere but the trademark on the “Colocrossing” name has been transferred.

You also have the following posting done by deluxe.com:

You can view this Press Release at http://phx.corporate-ir.net/phoenix.zhtml?c=61257&p=irol-newsArticle&ID=2355024

The big questions I have are:

Why haven’t they announced anything?
How are they going to recoup the purchase, I’d assume by pushing the price up on everyone’s rates?
How the fuck did they go from supposedly making $12M/year to $7M/year?
Is Biloh still involved?
Carry it far and wide!

Looks like the trademark search links expire, but you can go here: http://tmsearch.uspto.gov and do a 'basic word mark search' for 'colocrossing' to get the result.

This is the pertinent line: 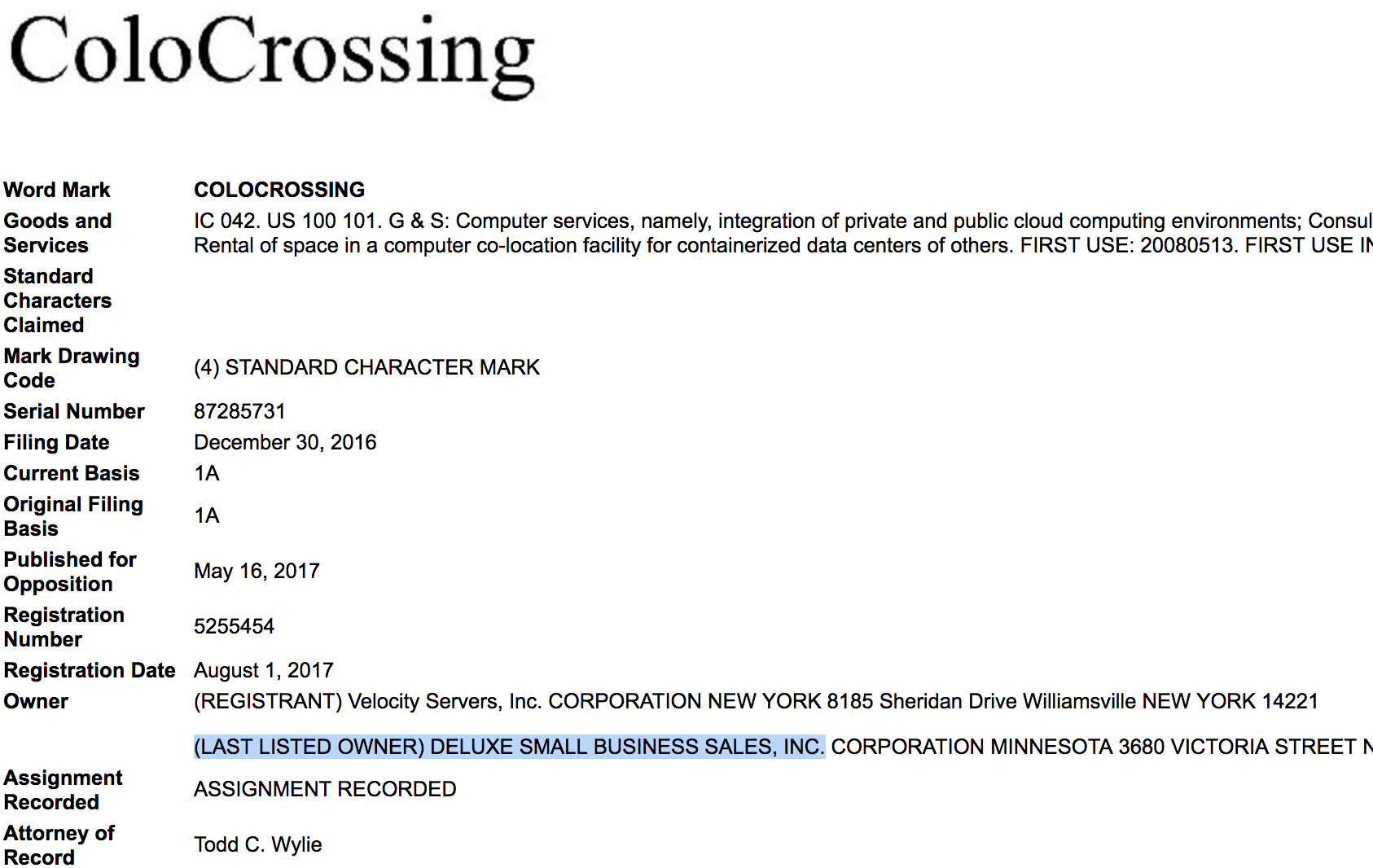